National Cadet Corps, Pachhunga University College Unit, established in 1964 under the 20 Miz(I) Coy, is the first NCC Unit in Mizoram It is affiliated to the Group Headquarter, Silchar, Assam. It also has an Air Wing under 1st Mizo Air Squadron for SD which was established in June, 2013. The strength of the unit is 130 (SD-70, SW-60) in 20 Miz(I) Coy and 50 (SD) in Air Wing.

The NCC PUC Unit participated in various camps and courses all over India, participated in Independence Day and Republic Day parade, performed social services and received various awards. The college hosted Certificate ‘B’ and ‘C’ exams in the college conducted by the Group headquarters many times, and also conducted rank examinations. During the last five years, 97 cadets got ‘B’ certificate and 30 cadets got ‘C’ certificate. 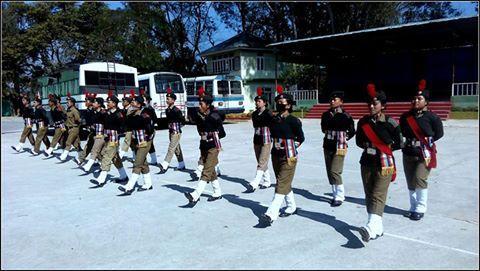